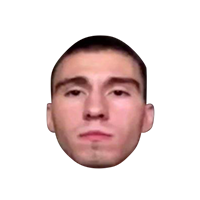 4weird is emote that people use to express their wonder towards something. It’s a reaction to something weird happening on stream. You can use it to express that you are surprised to see something weird. It holds the meaning as if you were saying, “like seriously?” or “that’s weird”.

The emote is basically the face of a man with a bland look in his eyes. The man is a league of legend streamer known as Cadbury. He reacted in such a way to something weird on his stream thus this emote came to be.

When to use 4weird

You can use 4weird whenever something on stream weirds you out. Anything stupid or weird happening on stream will lead you to express such kind of emotion. It’s basically being surprised about the fact that how can someone be so stupid. You can also use it to express that you are repulsive to some action in the stream.

This emote first came into existence in 2019 on the FrankerFaceZ extension of twitch emotes. Later on, BetterTTV added that to their list in 2020. It has the face of a well-known league streamer Cadbury. It became a matter of discussion in several subreddits. Also, his wide fan base helped it spread throughout twitch and Reddit. It’s even considered to be the best emote to express surprise towards something weird or embarrassing.

A popular and similar emote to this is WeirdChamp. You can find many other emotes to express the same emotion too.

4weird is available on BetterTTV emote extension and FrankerFaceZ extension. You can get it from any of those sources.

That was all there is to know about 4weird. If something ever weirds you out in twitch chat you know how to express it. Twitch emotes really make the experience of watching streams much better when you know how to use them.