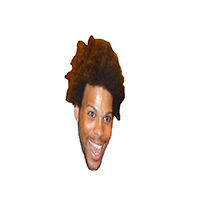 trihard emote is the best way to create hype on the chat for something exciting on stream. It holds the meaning of saying, “We are all excited” or “let’s get hyped up”.

In the emote visually you will see a guy who is hyped up and excited about something already. The face of the emote is TriHex who is a twitch streamer. Seeing the image itself can hype you up because of the expression on his face. It’s a very relatable emotion.

You can use the emote trihard to hype things up whenever something interesting is about to happen. It’s certainly the best emote to create that kind of interest in the chat and hype up others. You can use this when the streamers get to the end of the game or fight the last boss. It’s also a great way to celebrate some kind of achievement as well. However, be careful of using this in the wrong context. Because there is a misinterpretation of taking this emote as a racist expression. So, don’t use it that way and keep the community a positive place.

The TriHard emote came into existence back in 2012. The streamer TriHex made this expression while taking a picture with a Dragon Ball poster in an anime convention. From there TriHex used that image and made this emote. He also uploaded a video on YouTube explaining how this to emote came to be. The name TriHard came from an interesting story. TriHex participated in an event where he was playing a game and was trying really hard to win. There someone asked, “Why is this guy trying so hard?”. From there he picked up the name. Later on, TriHex’s community made the emote more popular.

There aren’t many similar emotes that capture the essence of this one.

It’s a twitch official emote so you don’t need anything extra for this one.

Don’t spoil the fun for people by saying all the stuff on chat, instead of hype them up with trihard. It’s a bit controversial to use this emote. So, be sure of when and how you are using it.